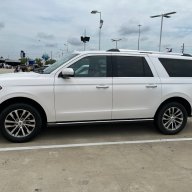 Just bought on Monday, had no problem setting up Apple CarPlay on my wife's phone, but not finding AA in the system.
I had it on my 2016 F150, but had to do a system update to enable it. Would've thought a 2018 would already have it?

Tried to do a system update scan at home & think my access point is too far from the driveway to keep a stable connection.
OP
OP

Bump.
Anyone have a link to a walkthrough on updating Sync3? Haven't done it since I had my 2016 F150, and don't want to brick the APIM.
OP
OP

Downloaded the Sync3 update from the Ford Owner site, will try to install tonight via USB. We'll see what version that brings me up to & if it adds in AA.
IIRC, that was the method I used on my F150, but think I sourced the Sync3 files from a 3rd party, not directly from Ford. 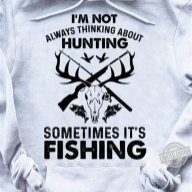 @JAMADOR , welcome to the forum. I am not the best person to respond but, when I did a search (upper right corner) and searched Sync Update (check titles only to start) more then a few threads showed. You might take a look. Also, you might take a look at the website for CyanLabs, many here use them for updating. Good luck.
OP
OP

Ran the USB update & am now at 3.0.17276
Still no AA, not sure what the latest compatible version should be. Still says last update was 9/5/22 so may not have synced up with the Ford owner site yet.
Will have to look at the CyanLabs & see what's there as well. 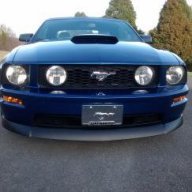 Did the update on my 2017 Limited using Cyanlabs. If you have navigation use a 32 gb USB stick. Easy to use and Cyanlabs website is pretty easy to navigate through.
OP
OP

Update:
Got the CyanLabs tool & built a 3.4.22110 USB
Update took about 30 mins & updated maps as well.
Still had no AA after the update, and my phone was not showing as an audio source via USB, only BT.
Doing some digging, seems it was a known issue with AA & some Samsung S22 phones.
Digging further, swapping to a different charge cable did the trick. Used the one from my daughter's Gabb phone & AA popped up instantly & I'm no longer getting the slow charge warning on my phone.

Crazy that the OE Samsung cable was not cutting it.

Glad you got it figured out. Amazing how often it turns out to be something simple.
You must log in or register to reply here.