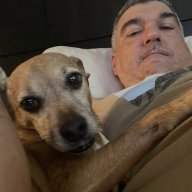 I have a 2006 Ford Expedition with 233,000 miles. Been having this issue lately where my check charging system light keeps coming on randomly. It’s came on 4x so far. Everytime it has came on it has been at the SAME INTERSECTION. It only comes on if I’m waiting at the light for a bit. I took it to Autozone and O’reillys. Both places said the battery and alternator are fine.

I have never had the alternator replaced before so I keep thinking that’s the problem. But how do you explain why it came on only at that intersection? Lol can’t be a coincidence and 4x too!

Today I decided to expiriment. At that intersection I rem the left lane I was in the light stayed on the l longest 15-20 seconds. The one time I was in the middle lane it came on for one second then went off. Today I tried the far right lane and I was at the stop light for 1 minute and NOTHING. so I’m like ok hmmm. What’s different on the left side of this intersection compared to the right. When I looked up I saw power transformers on the telephone pole. they do not have those on right side of the street

So my question is this. could a power transformer on the telephone poles be causing some weird interference with my SUV?? It’s my only explanation. 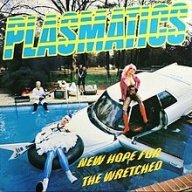 Is there any way you can approach that power pole from a different direction to see if you can duplicate proximity to the transformers? Then try avoiding that location for a week or so to see if the light comes on anywhere else. Also does your engine idle RPM drop when this happens?
OP
OP

I avoided that intersection since last week and the light hasn’t come in since. How can this be explained? Lol
OP
OP

No nothing else happens

My EXpy's ABS light comes on shortly after starting it the first time each day. I think I have narrowed it down to the battery being weak. If I turn the AC off before starting and drive a few miles before turning it on the problem does not exist. At night the headlights seem to cause the ABS light to come on.
You must log in or register to reply here.