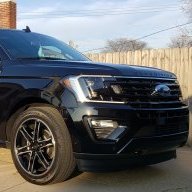 99WhiteC5Coupe said:
The “fault” lies with Ford for building and selling a defective, dangerous product. Hertz was the consumer - and there was no mention in the article if Hertz had received a recall notice.

My 2015 Expedition has been under a safety recall since August 2022 - with the potential for the front HVAC blower fan to catch fire while the vehicle is in operation.

The letter I received from Ford stated the repair part may be available during the first three months of 2023.

Who’s fault is it if my Ford catches fire - since Ford is unable or unwilling to fix it in a timely manner?

The only saving grace is that it has been parked at my local Ford dealer for 3 1/2 weeks - awaiting a steering gear that is on national backorder (with no estimate of when the part will be available).
Click to expand...

I would agree if there was no fix out yet. But there was. Quite some time ago. And most definitely Hertz was notified that the vehicle was impacted by the recall and that there was a fix for the issue. No doubt Hertz put profit above customer safety and delayed getting the vehicle to the dealership to be repaired.
H

Poor quality by the manufacturer. PERIOD!
You must log in or register to reply here.