2003 with 5.4 engine with current mileage of 226,225 - Vehicle shutdown and had to be towed home. Replaced oil pressure switch along with new oil and filter (previous oil change less than a week prior with only 300 miles on the new oil change). Vehicle cranking power strong with no grinding noises - sounds good but just won't catch. Light comes on when trying to start. Disconnected and then re-connected battery to see if would clear but light came back on when trying to start. Tried to locate oil temp sensor on front right side of engine (2 wire connector -red/gray & yellow /light blue but don't have a photo of sensor / location. Not sure if this would help.

Currently, I don't have a scan tool available so I don't know if it is providing a code to trace.

8 weeks previous to this incident, vehicle started to constantly display of alternator light and message center displayed charging system message which when cleared, would come back in 10 minutes. Local shop diagnosed that charging system working fine but could not get the replacement wiring harness (obsoleted) per the associated Ford tech bulletin nor could they verify that the PCM which also was mentioned in the bulletin was ok (no sticker on PCM to indicate date / tune code - vehicle date of mfg. is Nov 2002). I had been driving the vehicle without incident ever since.

Trying to see if I can get it running again but so far not doing very well. I would appreciate your insights. Thanks. 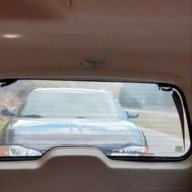 I don't see anyway for you to troubleshoot this issue without a scanner. 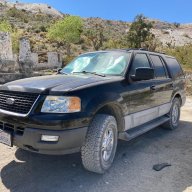 So it cranks but does not start? I would get back to the basics. Inertia switch? Fuel pressure (Fuel pump, fuel pump solenoid)? Test the crankshaft sensor (located in a hard-to-find place between the AC compressor and front timing cover) and make sure the connector is ok. Visual inspection of all electrical connections and vacuum lines.
You mentioned a possible oil pressure problem. You could measure the oil pressure with an external gauge, but I do not know if lack of oil pressure will disable the engine. I think I recall recently a dude in this forum started his Exp with no oil pressure, and later figured out he did not install the new oil pump correctly.
@whtbronco other than reading any codes, will a scanner help figure this out if it won't start? I am not good with scanner diagnosis so I do not know.
@Hamfisted, any other ideas?

Well if it won't start you won't likely set new codes, but the scanner will read codes in memory and with an advanced scanner there are quite a few tests that can be run without starting the engine. I can't see anyway that oil pressure would prevent starting, there's no oil pressure until it's turning over at the very least and really not until it starts. I agree with going back to the basics. Make sure you have fuel, spark and air. I'll assume the air filter isn't completely plugged. I've never tried to visually verify spark on a vehicle with Coil on Plug like ours have, I'm not sure if it's okay to test like this the way we used to with a single coil, distributor and plug wires by laying the plug where it was grounded and you look for the spark while trying to turn it over.

The fuel pump relay is known to fail on the Gen 2's, might only be on the 2003 and 2004's though. Mine failed. Cost me about $20 to fix it since I just soldered a new relay to the central junction box(CJB) board. I know that when I got my face close the CJB I could smell the burnt relay. The CJB is located behind the passenger front kick panel.

Check to make sure the fuel pump runs and stops after a couple seconds when you turn the key to on.

There's so many frickin sensors on these newer vehicles without a scanner to test them this could be a tough process.

Ya know you could try some starter fluid to see if it'll fire. It won't run with the intake disconnected, but it should at least fire. You'll know it's a fuel issue if it does ignite a piston or 2.

Or you pull the intake loose a bit and stick the spray can hose in and use duct tape to seal it up for the test. Just make sure the little hose doesn't get sucked in. I've done this to clean the intake with foaming cleaner.
You must log in or register to reply here.
Share:
Facebook Twitter Reddit Pinterest Tumblr WhatsApp Email Share Link