Brief backstory: Got this Expedition for $500 a couple years ago; it didn't have much wrong with it other than neglected maintenance. Since then I've done all the preventative maintenance (new brakes all around, new brake hoses, changed coolant, flushed both heater cores, replaced thermostat, replaced trans fluid, got new tires, diff oil, 02 sensors, installed a limited slip into the rear axle, replaced leaking rear axle seal, alternator, cleaned throttle body and EGR passages) We've driven it about 12k-15k miles (mostly highway) and has been a great vehicle for us. The body doesn't have any rust on it and it was in great mechanical shape other than the neglected items I took care of. Engine is 4.6, transmission is a 4R70W, rear gears 3.55.

Well we had a bit of a cold snap/snow event and the wife needed to make a trip to town so I had her take the Expy. Started it, let it warm up, and off she went. About 20 minutes later she calls me that she has no heat and the temp gauge is pegged. I get on the scene and there was no coolant in the reservoir (it boiled/splashed out under the hood) It threw codes (that I haven't pulled yet), the oil cap has milkshake on it/in it. Turns out she probably drove it for five miles or perhaps 10 minutes with the gauge pegged (below zero outside and 0 cell service, she drove to a spot where she had a building to get warm in and cell service). I started it and it appeared to idle/start fine. We are going to tow it home today.

With how much time/labor it would take to fix the issue I assume it isn't worth it. The engine and transmission have ~240k miles on them. The truck being in as good of shape as it is I figure maybe the best course of action is to get a crate engine to replace the whole thing. I assume it's a head gasket that's failed. Is that a correct assumption? Are there diagnostic checks I should do in the event it's just an intake manifold? If the heads have to come apart I think it's going to not be worth it for all the work as the timing chain guides would likely need to be replaced as well due to mileage; and even then, it's got a lot of miles. If I just replace the engine there's still the transmission with its old age (240k miles also) and would likely run into issues before long. It doesn't show any symptoms like slipping, ect, but the first time I dropped the pan to change the oil there was a lot of steel chunks in there and attached to the magnet. My speculation is that it is the snap rings in the valve body holding in the accumulators started to break off, but that is just a guess. It also doesn't unlock the TCC sometimes.

My background: airplane mechanic. No problem wrenching on stuff but no experience with this particular engine. 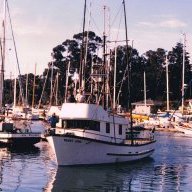 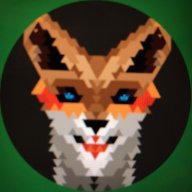 Gribble said:
My background: airplane mechanic. No problem wrenching on stuff but no experience with this particular engine.
Click to expand...

The Triton 4.6 2v is not a hard engine to work on. So, if you are willing to give up a couple hours of your time and $20 You will have the top of the engine off and all the answers to your list of questions above.

We have many members on here that have 300,000+ miles on these triton engines.

You can get a Dealership service manual online for like $20. With your background it will tell you everything you need to know.

Gribble said:
I figure maybe the best course of action is to get a crate engine to replace the whole thing.
Click to expand...

If you go this route, make sure you get the correct one.
There are two different 4.6 2v Triton engines, Romeo and Windsor. If you don't get the right one, it will not fit onto the transmission.
OP
OP
G

Can the engine and transmission be removed without lifting the body? It looks like after the intake manifold is taken off as well as the hood there is a lot of vertical room.
You must log in or register to reply here.