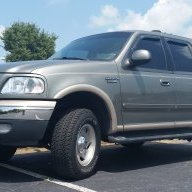 I have an SCT X4 on my truck with tunes from 5 Star Tuning. A little over a week ago, while trying to return the truck to stock, it had some type of error and would not let start the truck. It would crank fine, but the THEFT light on the dash was blinking rapidly, it would not start, and it wouldn't let me access any menus on the X4. Called 5 Star, they said to call SCT.

Got through to SCT, who went through my laptop to do whatever they do to the X4. The tuner seemed fine, and let access all the menus, but I couldn't download the stock tune because my battery was at 11.6. Charged the battery overnight, and able to successfully return the truck to the stock tune. Took the truck out for a test drive, and it stalled at a traffic light about 6 miles from home. Again, it would crank fine, but rapid blinking THEFT light, and no start. Got towed home. After getting off the rollback, I tried to start it, and it started fine....on the first try.

Drove it to work yesterday (60+ miles round trip). It seemed fine, but I noticed on the X4's voltage gauge, that while at STOP lights my voltage would slowly drop into the high 13's. Truck never stalled, but I would up the idle a little when I noticed the drop, and the voltage would go back up.

When I got home from work last night, I parked the truck, and attempted to restart it right after shutting it off. Same crap.... crank but no start and rapidly flashing THEFT light, and some kind of error code on the X4. It showed 14.3v on the X4 while running when I first got home, but only showed 12.0v on the battery when I checked it after it wouldn't start. Put it on charge overnight, and it started up fine this morning.

Does this sound like a PATS issue, or bad battery issue? When the truck wouldn't start, I tried my extra keys and got the same response. It would seem to me that if there is enough juice to crank the truck, it should be enough juice for the PATS to work correctly. I cant afford to throw a lot of parts/money at this thing right now, but I need it to get back to being reliable.
M

Had the same issue on my 98 that was intermittent until it wasn't & stranded me at a shopping center. Turned out to be my drivers side downstream O2 sensor was shorting out & finally completely cooked. The upstream passenger side harness are famous for also melting to the exhaust. Any blown fuses? My PCM fuse #24 in the under hood fuse box would immediately blow when I turned the key after the O2 sensor completely incinerated.

You must log in or register to reply here.