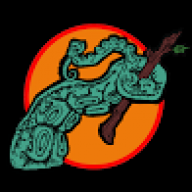 My husband and I are in the middle of installing all of our amateur radio equipment including the mounting of antennas. My husband use to install such equipment and mount antennas professionally with an install company for over 40 years, but for our '99 Expedition, Eddie Bauer, we've been coming up short on helpful information.

My question for this post is about our roof mounted antenna we're trying to get in. We have the overhead console removed and the hole drilled but for our mounts to fit properly we need to remove the different colored metal strap running down the middle and we're not sure how to get it down without removing the whole ceiling upholstery. We can work around it with some Jerry-rigging, but we prefer to do it correctly the first time, if possible. 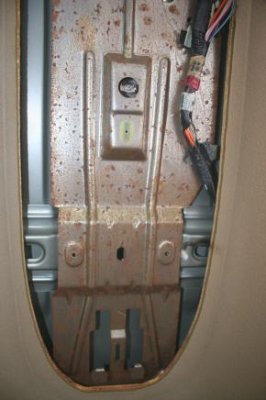 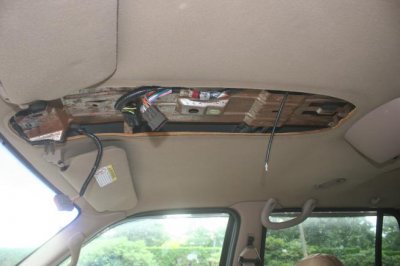 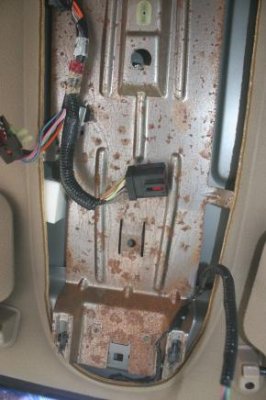 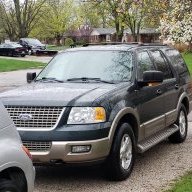 Unfortunately you're going to need baby hands to get up there without dropping the headliner. It looks as if you have the overhead video system there, that comes down easy and may give you a little more access but getting tools up in the headliner is the difficult part.

If the whole thing needs to come down it's a fairly involved process. Plan on a day for Remove/replace. You wouldn't believe all the trim and fasteners in these things. If you get the video screen off, you may try and remove the A/B pillar trim to see how much wiggle room you can get. If you can find a YouTube video of the work I'd recommend watching to see what's involved.
OP
OP

Thank you so much for your suggestions! We'll definitely give that a try and keep this thread updated with how it turned out and what we may do differently, plus resources of course! Again, thank you
OP
OP

We ended up drilling using the existing large hole in the strap (can see in the pictures posted above) and coming through the whole thing. Just ran into one hiccup, the 3/4" hole for the 3/4" mounting doesn't fit. We're making a run to the hardware store to get one size larger step drill bit to finish up the job. The plan is, once everything is fed through, mounted and secured, we'll be sealing everything up tight with epoxy and silicone for good measure. Can't have it going anywhere or leaking. Will post pictures when we get them. 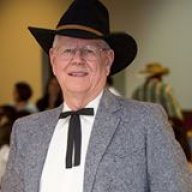 Just saw this. Sorry it 's now 2 years later. On my 2009, I installed front & rear cameras. I pulled down the ceiling console like you and then with the tailgate open, I removed the little dome light. I was able to push a threaded fiberglass rod set (like they sell at Harbor Freight tools) thru the hole where the dome light goes, up to the front. To power it I removed the right side corner cover of the windshield, as well as the sun visor, and being careful not to disturb the side curtain air bag, I was able to run the cable down into the dash area. I installed a cigarette lighter plug behind the dash and wired it into the fuse box. I had to remove the glove box. There's a removable panel at the end of the dash if you have the rh door open. I put it all back together and have front & rear cameras.
You must log in or register to reply here.